Notice the hashtag (#) in the title? I’ve been tweeting pictures of various “seldom seen” stagehand views. It’s at #StagehandView. Got cool backstage pics? Tweet them there. Just remember to respect everyone’s privacy and intellectual property. And, as always, don’t be a dick.

Second Disclaimer: You should never assume what I’m saying about Robert’s Rules is true. I won’t deliberately lie, but I’m no parliamentarian. I’m just a stagehand who bought a book. The little I know I picked up from high school student council. Since then I’ve just been looking stuff up because high school quickly got to be a very long time ago, and I forgot everything.

A Justification: For years now, I’ve been listening politely [no really, I have] to well intended unionists talk about the need to increase member participation. When they say this they mean more of us should go to meetings. And I agree with them that meetings are important. It’s just that I’ve also noticed a tiny bit of an implied critique in their righteous concerns. I get the sense they feel a union member who doesn’t come to meetings isn’t sufficiently committed to the cause. And you know what, maybe that’s true. But who cares? At this point, any level of commitment to the union cause – hell, even a benign mild interest will do – should be welcomed with uncritical gratitude. This is especially true for our local. We need the unorganized stagehands of Austin much more than they need us. But I digress.

A Conclusion: Even in the best case, local 205 meetings generally suck. When they’re not boring, they often turn nasty and mean. No wonder nobody comes.

Yeah, yeah, the president could do a much better job of actually running the meetings and making people stay on topic. But that’s only a small part of the equation. What often slows everything down is a much deeper and widespread ignorance of the rules we’re all supposed to follow make our little democracy work right. Most of the membership has no idea how to correctly make a motion, much less debate or vote on one. For a bunch of people who took oaths and continue to pay their money to be a part of this institution, we sure seem committed to hamstringing ourselves wherever we can. 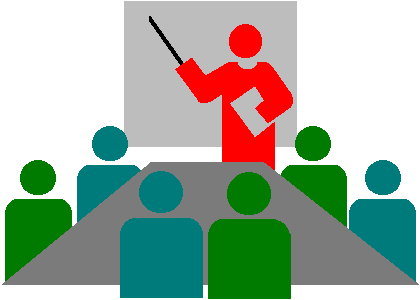 I still hold out hope the next VP will rally our Education Committee and create a local 205 apprentice program. But the new Veep won’t take office until the end of February.  And even then, I’m not optimistic about the chances of a parliamentary procedure class being a top priority.

So I’m going to write about Robert’s Rules of Order here. Lucky you.

“these rules are based on a regard for the rights

of the minority, especially a strong minority (greater than one third),

of all these together.” (p XLVII)

Pay attention to the order of the above list. Look who’s on top: it’s the majority. See where individuals rank?

Here’s another way of thinking about why our predecessors chose to play by Robert’s Rules of Order:

“Parliamentary procedure enables the overall membership of an organization – expressing its general will through the assembly of its members – both to establish and empower an effective leadership as it wishes, and at the same time to retain exactly the degree of direct control over its affairs that it chooses to reserve to itself.” (p XLVII)

In other words, you’re part of a democracy. You exercise your power or you lose it. That’s just the way it works.

“Ultimately, it is the majority taking part in the assembly who decide the general will, but only following upon the opportunity for a deliberative process of full and free discussion.” (p XLVII)

At least local 205 gets that last part right. We always have a “full and free discussion.”

Here’s why I’m boring you with this: All three quotes make it clear that the ultimate power always has and always will reside in a majority of the membership at a meeting. Officers and committees are nothing more than the deputies of the assembled membership.

And how do we delegate our power as a democratic assembly? Mostly, we make motions.

Now, I guess we all know what I’ll be yammering on about next Monday.

Feel free to comment on/question any of this. Just remember, don’t be a dick.